Daniel J. Smith is the Director of the Political Economy Research Institute and Professor of Economics in the Jones College of Business at Middle Tennessee State University. He serves as the North American Co-editor of The Review of Austrian Economics and is the President of the Society for the Development of Austrian Economics. His academic research and policy work uses Austrian and public choice economics to analyze private and public governance institutions. While his primary research areas are on monetary institutions and public pensions, he has also done fieldwork following natural disasters and even examined the governance institutions of brawling soccer hooligans, cyclists in the Tour de France, and the patricians of historic Venice. Other academic and policy research he has undertaken examines the effects of occupational licensing, payday lending regulation, and the morality of markets.

He is the co-author of Money and the Rule of Law: Generality and Predictability in Monetary Institutions (Cambridge University Press), written with Peter J. Boettke and Alexander W. Salter, and The Political Economy of Public Pensions (Cambridge University Press), written with Eileen Norcross. His research is published in academics journals, such as Public Choice, Economics of Governance, Constitutional Political Economy, and The Review of Austrian Economics, and in chapters in books published by Oxford University Press, Routledge, and Wiley-Blackwell. Smith has published numerous op-eds in national and regional outlets, including in the Wall Street Journal, The Hill, Investor's Business Daily, and CNBC.com. Daniel received his M.A. and Ph.D. in economics from George Mason University and a B.B.A. in economics and finance from Northwood University. 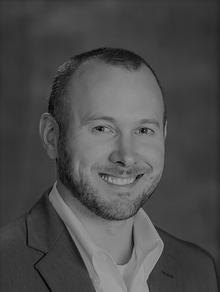 ​​​​"The prudent man always studies seriously and earnestly to understand whatever he professes to understand, and not merely to persuade other people that he understands it; and though his talents may not always be very brilliant, they are always perfectly genuine. He neither endeavours to impose upon you by the cunning devices of an artful impostor, nor by the arrogant airs of an assuming pedant, nor by the confident assertions of a superficial and imprudent pretender. He is not ostentatious even of the abilities which he really possesses. His conversation is simple and modest, and he is averse to all the quackish arts by which other people so frequently thrust themselves into public notice and reputation."

​"The qualities of mind...that I seek to emulate: the willingness to question anything, and anybody, on any subject anytime; the categorical refusal to accept anything as sacred; the genuine openness to all ideas; and, finally, the basic conviction that most ideas peddled about are nonsense or worse when examined critically."
- James M. Buchanan (Economics from the Outside In)

"...constantly test your favorite ideas for weaknesses. Be humble about the extent of your expertise. Be curious about new information that doesn't fit, and information from other fields. And rather than talking only to people who agree with you, or collecting examples that fit your ideas, see people who contradict you, disagree with you, and put forward different ideas as a great resource for understanding the world."
- Hans Rosling (Factfulness: Ten Reasons We Are Wrong About the World -- and Why Things Are Better Than You Think)

"The field of science, indeed the whole world of human society, is a cooperative one. At each moment we are competing, whether for academic honors or business success. But in the background, and what makes society an engine of process, is a whole set of successes and even failures from which we have learned."

​- Kenneth Arrow (Lives of the Laureates)

"Give me the liberty to know, to utter, and to argue freely according to conscience, above all liberties."

​"...truth eludes us if we do not concentrate our attention totally on its pursuit."